What is flash memory and where is it used?

Flash memory is a compact, widely used electronic storage medium, that can be electrically erased and reprogrammed. It can store data for long periods of time without being connected to a power supply (its memory is non-volatile, unlike RAM). There are two types of flash memory, using the same basic technology with slightly different ways of reading and writing data – NAND and NOR flash memory. 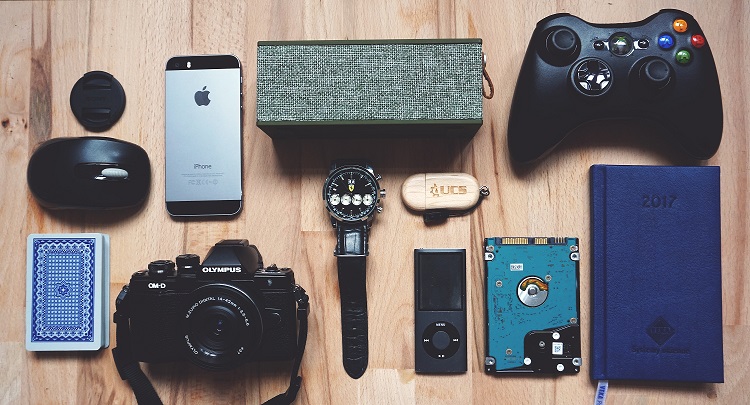 But how did it all start?

Though the flash memory concept came about in the early 1980s, the first memory card format for commercial use - PC cards didn't appear until 1990.

1990: PC Cards (PCMCIA) were the first commercial memory card formats. The PC Card is a memory device designed to fit into a personal computer (notebook or laptop) for memory expansion, developed by the Personal Computer Memory Card International Association (PCMCIA), hence its name. It had three types, all differing in thickness and was offered in a 16-bit or 32-bit version. This breakthrough led to many kinds of devices being made available based on the PC Card configurability, including network cards, modems and hard disks. PC Cards are now mainly used in industrial applications and to connect devices such as modems. Since 1994, a number of memory card formats smaller than the PC Card arrived, the first one being the CompactFlash Card.

1994: Compact Flash I (CF-I) & II (CF-II) are flash memory mass storage devices used mainly in portable electronic devices. The format and the devices were first specified and manufactured by SanDisk in 1994 in two versions which differed in thickness. The CF is physically larger than other flash cards and originally used NOR-type flash memory, which could execute programs straight from flash without the need to copy to a device’s random access memory (RAM). CompactFlash remains popular and is supported by many professional devices and high-end consumer devices like Canon and Nikon digital cameras. CF cards have the capacity of up to 512 GB. 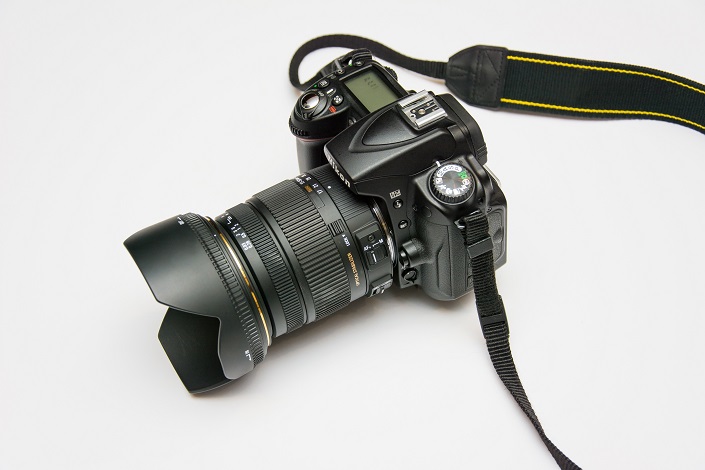 1995: SmartMedia Card (SM/SMC) is a NAND-based flash memory card standard owned by Toshiba which was launched in 1995 as a successor to the computer floppy disk. The capacities of SmartMedia memory cards ranged from 2 MB to 128 MB, which is not a lot in today's photos. A SmartMedia card consisted of a single NAND chip embedded in a thin plastic card and it was one of the smallest and thinnest of the early memory cards (only 0.76 mm thick), which made it prone to damage from bending. Typically they were used as storage for portable devices and were especially popular in digital cameras. In 2001 they garnered nearly half of the digital camera market. The format started to exhibit problems as camera resolutions increased. Cards larger than 128 MB were not available, and the compact digital cameras were reaching a size where even SmartMedia cards were too big to be convenient. Eventually, Toshiba switched to smaller, higher-capacity Secure Digital cards (SD cards) in 1999. SmartMedia memory cards are no longer manufactured.

1997: Multimedia Card (MMC) was introduced in 1997 by SanDisk and Siemens AG. MMCs are available in sizes up 512 GB and are used in consumer electronics. Since the introduction of SD cards (in 1999) MMCs lost their popularity, but the embedded MMC (eMMC) is still widely used as a mean of internal storage in portable devices that can reside inside an Android or Windows Phone or even a low-cost PC as a replacement for a more expensive, traditional solid-state drive. 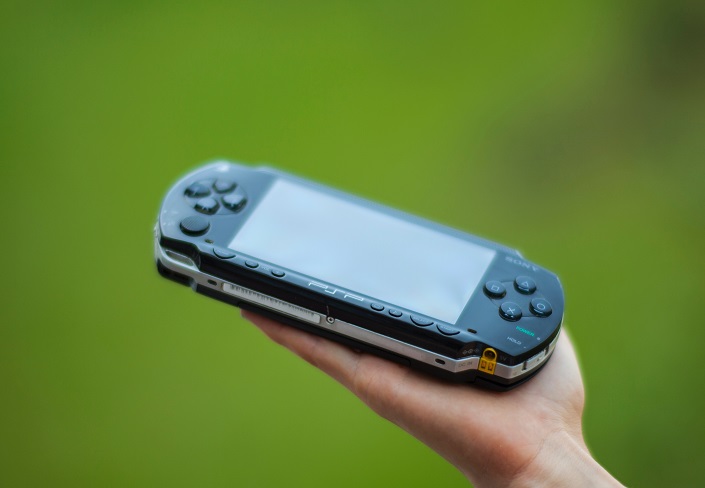 1998: Memory Stick (MS) is a removable flash memory card format, launched by Sony in late 1998. It was available in sizes from 4 MB to 128 MB. Later on many revisions with greater maximum storage capacity, faster transfer speeds and smaller sizes were introduced to the market. Sony exclusively used Memory Stick on its products (such as Cyber-shot digital cameras, WEGA, VAIO PCs and the PlayStation Portable handheld game console) in the 2000s. But with the increasing popularity of SD cards, in 2010 Sony started to also support the SD card format. Today, Sony digital cameras use SD and SDHC memory cards and with no new cards being released since 2010, the Sony Memory Stick will most likely be discontinued.

1999: Secure Digital card (SD) is a memory card format developed by the SD Card Association (SDA) for use in portable devices. It was introduced in 1999 as a joint effort between SanDisk, Panasonic (Matsushita Electric) and Toshiba, as an improvement over MultiMediaCards (MMC), and has since become the industry standard.

2000: USB (Universal Serial Bus) was released and sold on the commercial market by IBM and Trek Technology. The USB drive is a plug and play data storage device that includes flash memory with an integrated USB interface. USB sticks are often used for storage, data back-up and transfer of files and are available in various different sizes. They are supported by modern operating systems such as Windows, Linux, macOS and other Unix-like systems, as well as many BIOS-based systems. 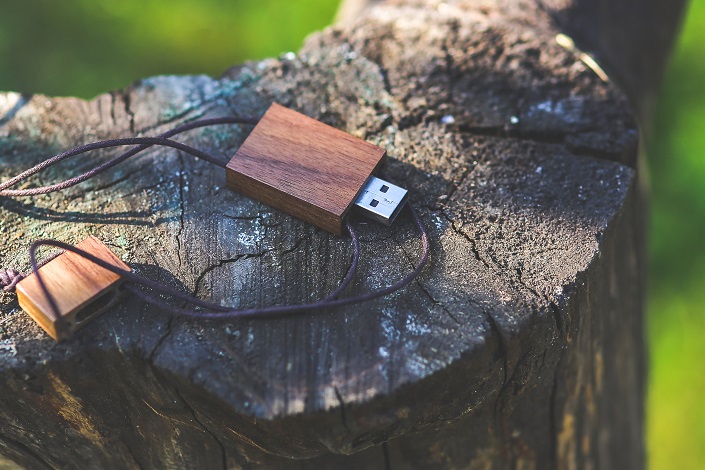 2003: The miniSD card form was introduced in 2003, as a smaller version of the SD card. While the new cards were designed especially for mobile phones, they are usually packaged with a miniSD adapter that provides compatibility with a standard SD memory card slot. In 2005 the micro SD cards were introduced, available in capacities of 32, 64, and 128 MB, followed by micro M2 cards (from 64 MB to 16 GB) and micro SDHC cards (2 GB up to 32 GB) in 2006. Cards were evolving in capacity and speed.

2010: SDXC memory cards (Secure Digital Extended Capacity) launched in 2010, with the same dimensions as previous versions but beginning at 64 GB of storage space and going up to 2 TB, while also being dust-proof, waterproof and being able to resist pressures up to 16 kg all while being super-fast. The card uses Microsoft's exFAT file system to handle large data volumes and files. micro SDXC version is also available. At this point, everything is about speed, size, reliability, storage space and robustness. 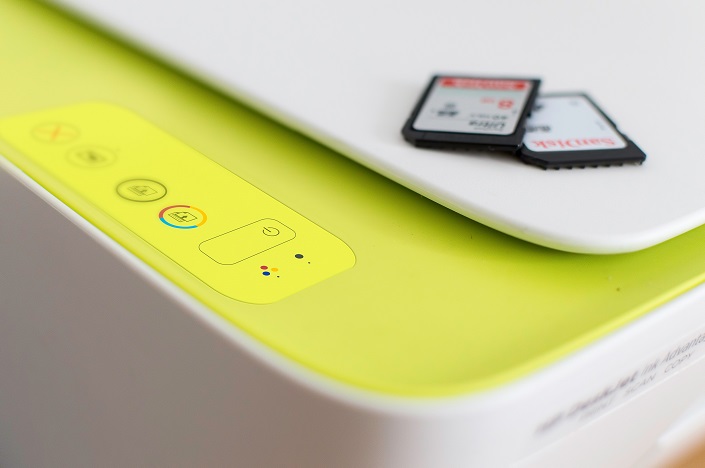 2016: Universal Flash Storage (UFS) from Samsung is flash memory storage for digital cameras, mobile phones and consumer electronic devices. It aims to bring higher data transfer speed and increased reliability to flash memory storage. The UFS technology allows writing and reading data to the storage at the same time and is positioned to replace eMMCs and SD cards (which can only do one operation at a time). Samsung already uses the UFS in some of its phones. They launched UFS memory cards with 32, 64, 128 and 256 GB of space. But, while UFS cards have much better speed and battery utilization, SD cards are still more popular and preferred by vendors.

2018: SDUC announced in June 2018 follows in the footsteps of the original SD, SDHC, and SDXC cards, raising the maximum storage capacity level again (from 2 TB to 128 TB) and increasing speed again (1.58x compared to the previous version, to be exact). But there is no definite date when we'll be seeing these cards in the market.

(2) What are the advantages and disadvantages of flash memory?

Memory cards are reliable as they have no moving parts and they are not affected by magnetic fields. Their memory is non-volatile, which ensures the stability of the data on the card. They are free of mechanical problems or damage (and for the average user very durable). Just don't drop a rock on it intentionally. They are small, lightweight and compact, which makes them portable. They have high storage capacity which makes it easy for the user to achieve increased storage (for example in a smartphone with limited storage space). They have low power requirements (which means no killing your battery), allow immediate access to data (and easy access on PC with a card reader), can be used in different devices easily and are thus easily removable. Finally, they are offered in all sorts of sizes and reusable/rewritable - the contents of the memory card can be deleted and the card can be used an re-used. And yet all that does not mean that they are flawless.

Even though the general design of a memory card makes it resilient to physical damage, it doesn’t ensure complete protection. Memory can be lost, misplaced, crushed and electronically corrupted and thus unreadable. They tend to be slower than primary memory and they have finite read/write cycles which means they are degrading gradually. They can potentially store data for as long as 10 years without degradation but their lifespan is finite so it is important for the user to keep backups of the data stored on memory cards, to be on the safe side.

(3) And the future of flash memory?

The development progress of memory cards goes in parallel with the increasing complexity of the technology of mobile phones, digital cameras and other electronic devices, generally leading to decrease in size and price of cards and an increase in speed (faster read and write speeds) and higher storage capacity the memory cards offer to the users. 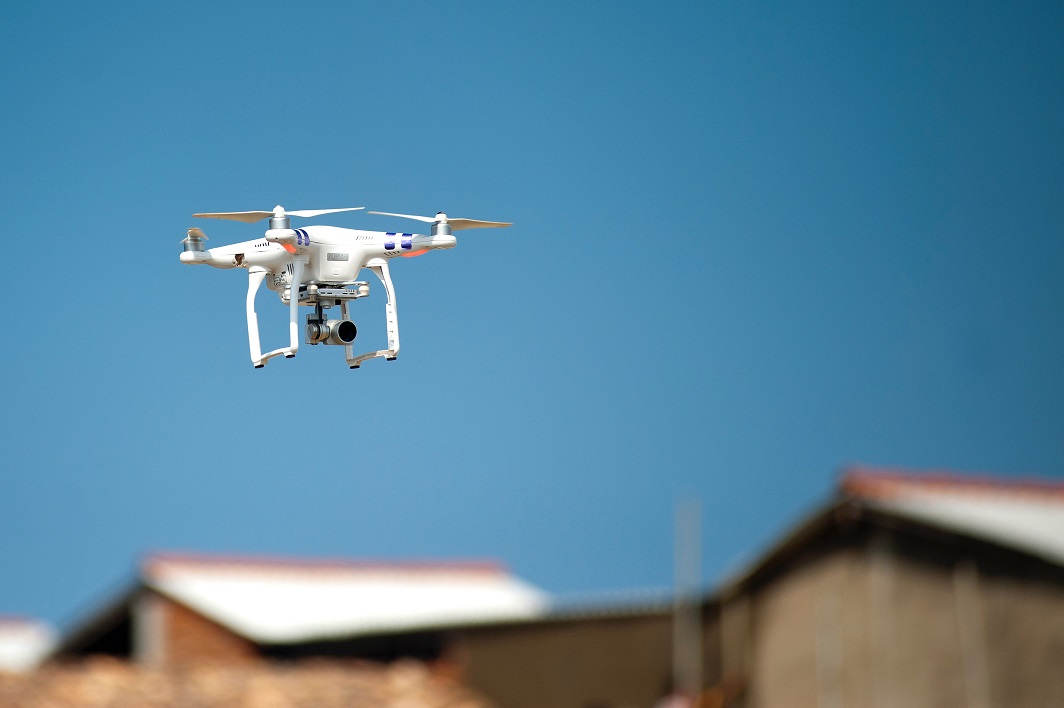 Vast improvements in flash memory cards have made significant growth in digital camera sales possible, but let's not forget the sales of other consumer products – TV's, cellphones, music players, personal digital assistants, video game consoles, camcorders and other that use flash memory. In the future, even smaller versions of flash memory cards will routinely be introduced to the market, offering consumers an easy way to transfer their data from one device to another at higher speeds, and in view of its current importance, flash memory will be seen in widespread use for many years to come.

If you are interested in the history of memory and storage check out our blogpost and our video.