WebDAV is short for Web Distributed Authoring and Versioning, a protocol which enables distributed and collaborative authoring of content on the Web. In short, it allows users to create, edit, and manage files remotely. Learn more about how it works, where it's used, and why it's still going strong despite the emergence of newer alternatives.

What exactly is WebDAV?

In essence, WebDAV is an extension to the standard Hypertext Transfer Protocol (HTTP), enabling additional operations. Most webpages use HTTP, which is strictly read-only. This means that users are able to view and interact with pages using hyperlinks, but they cannot edit the pages or create new ones.

WebDAV is read/write, meaning that users can also create files and folders, edit files, as well as move, copy, and delete them. Since everything is hosted on a web server, multiple users can access the files and collaborate with each other remotely, as well as transfer files from one location to another. Like HTTP, WebDAV uses TCP/IP port 80 for unencrypted connections and port 443 for encrypted ones. 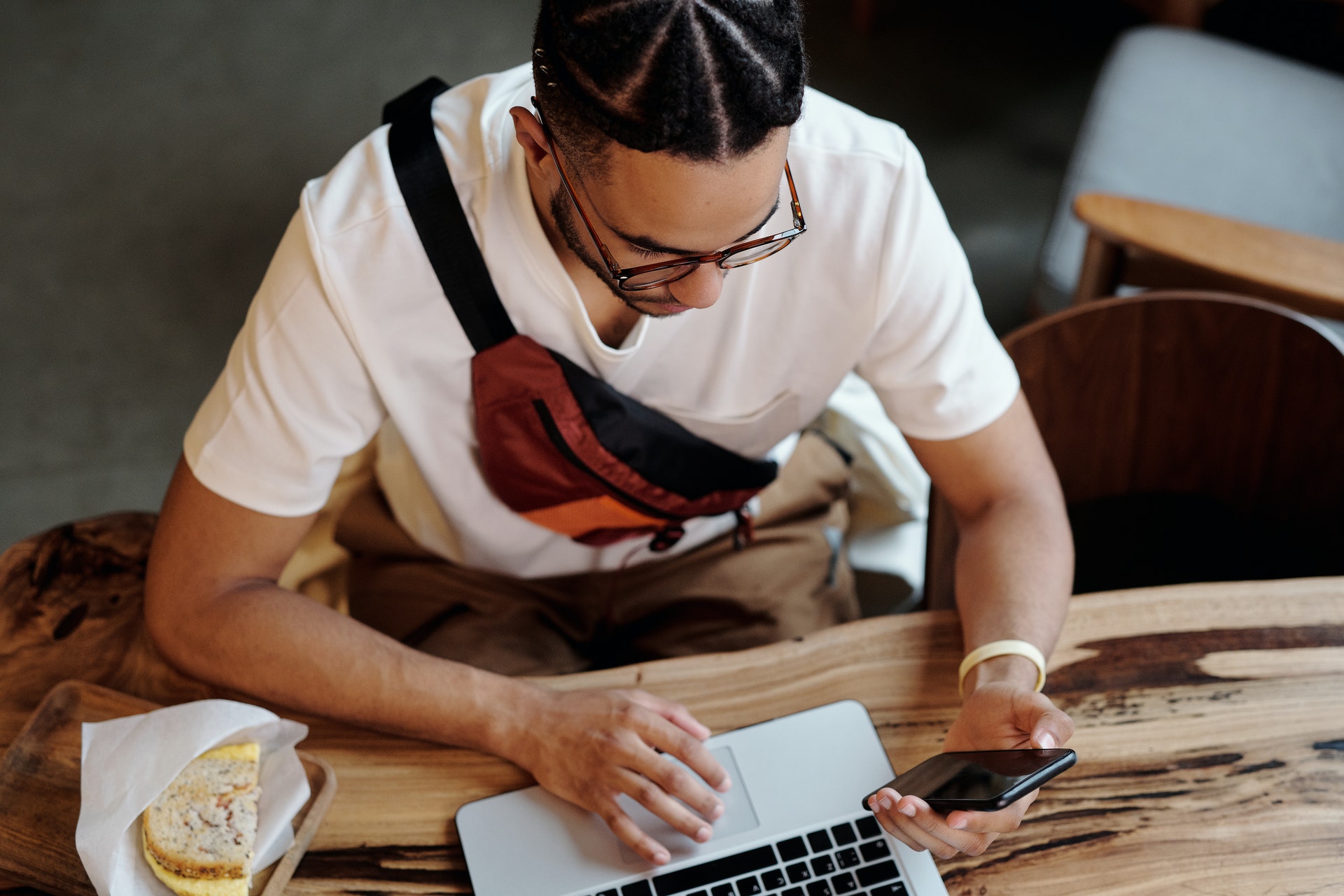 How does WebDAV work?

To get a little bit more technical, WebDAV extends the standard HTTP verbs and header fields allowed for request methods. HTTP verbs indicate the desired action to be performed (eg. GET method retrieves data, POST method submits an entity to the specified resource) while HTTP headers let the client and the servers pass additional information with each request and response.

WebDAV introduces additional request methods that can be grouped into three types based on their purpose/function:

Where is WebDAV used?

There are a number of different use cases for WebDAV and it can be found implemented in various server and client-side contexts.

WebDAV may appear as a standalone, general-purpose web server (eg. Apache HTTP server, which is the default open-source WebDAV implementation), or it may be supported in another server implementation through an add-on module (eg. Nginx or Microsoft's Internet Information Services).

More often, it can be embedded in another client-server system to provide enhanced functionality. We're mostly talking about file storage solutions: 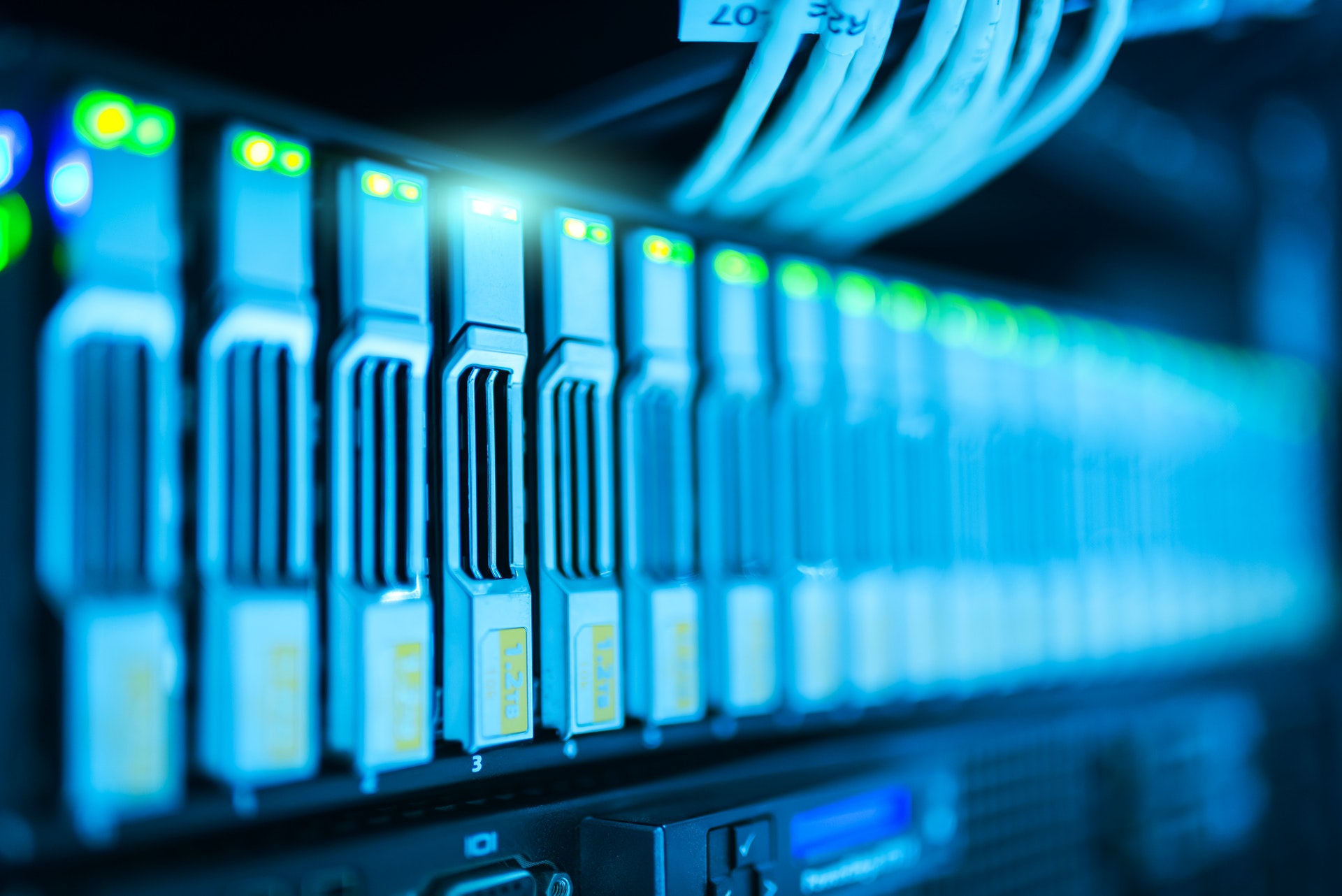 Many operating systems include support for WebDAV. Microsoft Windows and macOS have native support in Explorer and Finder respectively. macOS also supports CalDAV and CardDAV, calendaring and contact management protocols based on WebDAV.

Using WebDAV with Linux is slightly more complicated, as it requires a GUI client like Gnome Nautilus or Dolphin, or a command-line client like cadaver.

WebDAV is often supported in client software dedicated to server and cloud storage browsing or file transfers like FileZilla Pro and Cyberduck. Such software usually offers additional ways to connect to a remote server like FTP, SFTP, SCP or S3.

The Koofr desktop application also uses the WebDAV protocol to connect your computer to our servers. To set up such a connection, the easiest way is by enabling it in the desktop app. More detailed instructions are available in our help center. >

Sometimes, WebDAV is there even if you can't access it directly as a user. Software like Microsoft Office and Adobe CC use the protocol behind the scenes to provide a way for the app to seamlessly load, edit, and save files in the cloud without actually saving them locally first.

Finally, a growing number of applications ranging from file management to note-taking offer support for WebDAV. Some of our favourites include:

What are some alternatives to WebDAV?

The main disadvantage file transfer protocols have when compared to WebDAV is that they do not support automatic file locking. This means that users may access a file at the same time, one user overwriting the changes made to the file by the other user.

Many remote servers, especially in the context of cloud storage, may also be accessed through rclone. Rclone is an open-source command-line program that allows you to manage files on your cloud storage. In the case of Koofr, it offers faster syncing as it relies on the Koofr API instead of the slower WebDAV connection. Rclone allows you to mount various local and remote filesystems as a disk on all major operating systems and also supports WebDav and FTP. More information on WebDAV and rclone is available in our help center. >

Koofr has built-in WebDAV support with a robust approach to security. In order to access your cloud-based data, WebDAV requires your credentials - usually meaning your account username and password. Since inputting your credentials into several different apps at once increases your security risk, because it introduces new points that can be breached by attackers, Koofr allows you to create dedicated application-specific passwords for each third-party application connected to Koofr via WebDAV.

This way, you can ensure your Koofr account remains safe. All active passwords are displayed in Koofr Preferences under Passwords. They can be easily removed whenever you decide you don't want or need them anymore.

Learn how to set up an app-specific password in our video guide. > 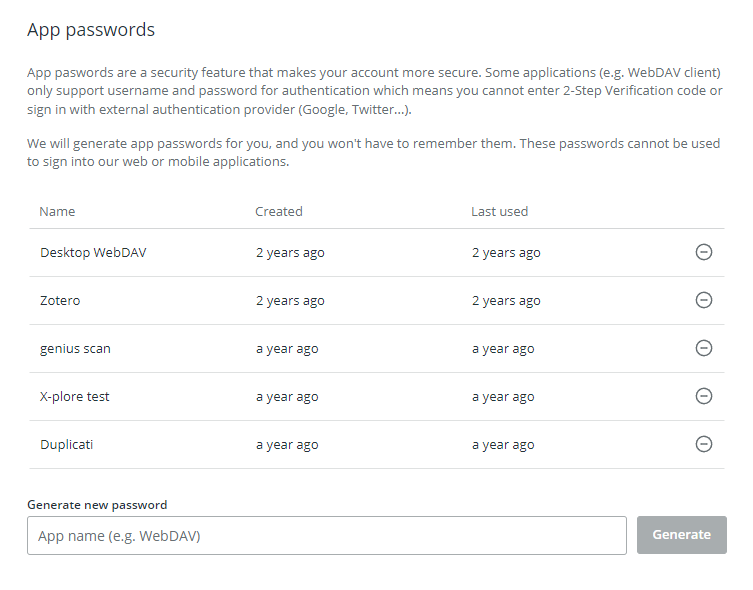 Do you rely on the WebDAV protocol when it comes to your files? Join us on Reddit and let us know how you're using WebDAV!